Krut is a partner at Kopelowitz Ostrow Ferguson Weiselberg Gilbert, a 40-attorney firm with 25 practice areas, including construction law, securities litigation, trust administration, estate planning, corporate transactions and government affairs. He worked with Jacobson to close on the church at 4141 N. Miami Ave., within walking distance of luxury shops and entertainment.

It was the second multimillion-dollar transaction in as many months for Jacobson.

The developer likely had a near-religious experience in March when he scored $22 million for a property acquired for $3 million in 2014. This time, he paid about $656 per square foot for the two-story, 16,000-square-foot retail building that housed God’s Storehouse Ministries.

That transaction delivered a hefty return for seller One Fountainhead Center LLC, a Miami-based investor that paid $500,000 in 1999.

Metro 1 brokers Tony Cho and Tony Arellano handled both sides of the deal.

Jacobson plans to redevelop the space for retail tenants in a market drawing investments from developers like Craig Robins, whose Dacra Designs is at the helm of a project to bring upmarket retailers like Giorgio Armani Corp., Rolex S.A., Cartier and Tiffany & Co. to the Miami suburb known for chic architecture and shopping.

“It was such a smooth deal—no hiccups,” Krut said. “The location is great, right near all the Design District retail. 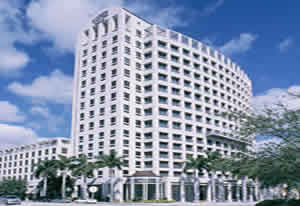